What is Off-Site Construction?

Across the spectrum of off-site products, modular, is the most complete in factory finish, up to 95% in some cases, shipped and assembled as 3D volumetric units that are service or structural units to be joined on-site.

The modular industry consists of two distinct industry segments: re-locatable modular and permanent modular. Re-locatable modular, sometimes referred to as temporary modular, are structures which meet temporary space needs and can be leased in a short-term agreement or purchased outright. Job site trailers, temporary classrooms, communication pods, and show rooms are some examples. Although permanent modular construction (PMC) has been flourishing for a decade or more in Europe, it is an emerging market in North America. PMC is comparable to site built structures meeting the International Building Code (IBC), the difference being that it is simply manufactured in chunks within a factory. PMC is deployed for multistory multi-family structures, government buildings, health care facilities, schools, hotels, and any other building types found in traditional on-site construction. Whereas three to four years ago PMC only constituted 25% of the market share in the modular industry, today it represents over 50%. 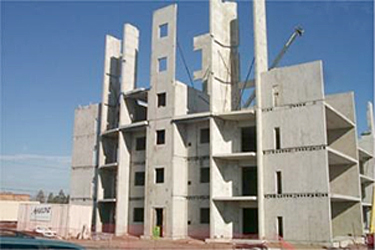 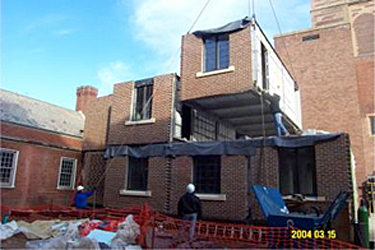 Modular buildings, temporary and permanent, may be manufactured as structural units that make up the structure of the building once assembled on-site. Non-structural modular such as factory fitted bathroom or service pods can be placed within a larger modular superstructure or in traditional construction on-site.

Modules may be constructed from many different materials including: wood framing, cold-formed steel framing, hot rolled steel, concrete, or a combination of material assemblages. Not all manufacturers will manufacture in many materials; rather manufacturers tend to focus on a particular type of construction to maximize factory efficiencies. The choice of material by stakeholders is usually contingent upon project demands, site forces, and project cost. Further, projects may have a hybrid of material solutions such as traditional site built structure, bathroom modules, or structural modules and a portion of the building that is traditionally site built due to programmatic demands such as large openings, spans or other that are difficult to pre-assemble in the factory. 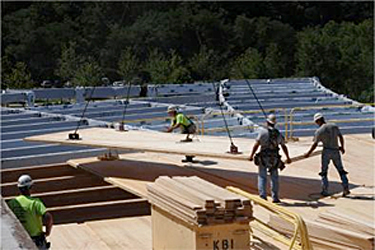 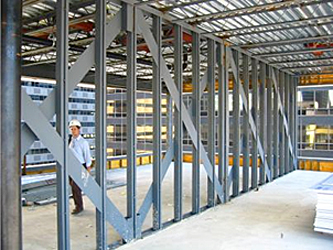 Modular manufacturing uses an inside out approach to building. Modular frames are constructed as planes, fitted as boxes, and then finished from the inside out. For example, a dormitory unit may follow a sequence of frame, interior surface, electrical, plumbing, mechanical, insulation, exterior sheathing, and cladding. This differs from the traditional on-site assembly sequence of outside in, which restricts the multiple trades that work on top of one another during the build cycle. Factory production of modules avoids the difficulties of unpredictable weather, trades waiting on one another, and incessant delays associated with on-site construction. 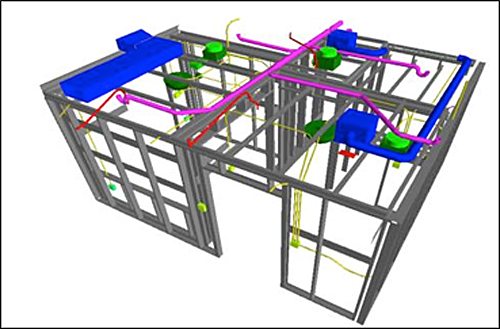 The process of modular construction is quite different than on-site construction. This leaves many owners, architects, and builders confused and sometimes put off by the process. Dealers contract for delivery of re-locatable or permanent modular construction, acting as general contractor. With increasingly complex building projects, larger in size and requirement for MEP systems integration, dealers provide knowledgeable project delivery capacity between what is historically identically manufactured re-locatable mods in the temporary modular industry and sophisticated commercial construction solutions in the permanent modular construction industry. Together manufacturers and dealers are creating real value for project teams and building owners who are now embracing this form of construction and delivery. 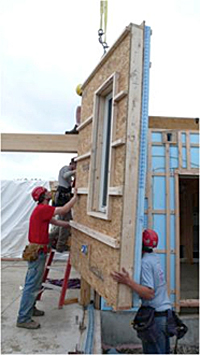 Traditional contracts and on-site construction practices rigidly delineate responsibilities with much elaboration on the consequences of failure. This context reinforces risk-abating behavior, causing project teams to not engage in collaborative processes and present an adversarial construction culture, much to the disadvantage of all stakeholders. Owners are losing money on projects, architects and engineers are not seeing the quality of design increase, and contractors are bearing a great deal of financial burden and risk in the process. This fragmentation has been quantified in terms of waste and productivity.

Construction is essentially the design and assembly of objects fixed-in-place. Therefore, traditional buildings are site-produced goods, unique every time, and employ temporary teams—this triad might be called the peculiarities of construction, distinguishing it from other production industries. To make this process more productive we can remove the site, not make the building unique, and keep labor intact from project to project. Removing the site altogether is clearly not possible, but removing the site peculiarities to a degree vis-a-vis factory production certainly helps. Keeping teams in tact is an idea that has brought success to design-build entities and designers or builders who continually engage with the same engineers, contractors, and subcontractors. Modular production has the capacity to keep teams more intact by controlling the workflow. Finally, the uniqueness of the building design and production process is a variable that may in fact be controlled (or segments within the work flow at least), removing waste and adding value in the building process.

Increasing construction efficiency through modular requires examination of construction performance. Every project must consider a number of performance factors including:

Although not all of the factors will be equally valued in any given project, they generally have a contingent relationship to one another. For a given program, the design team usually establishes relationships, maybe even unknowingly, between quality, schedule, and budget where one change affects all the others. For example, an owner team may opt to select a lower quality material in favor of saving cost or allow the project to be completed on time. In this balance of factors, risk plays a critical component.

Off-site and permanent modular in particular, is not a blanket solution to every building project. As such, the principles of cost, schedule, labor, scope, quality, and risk represent a sliding scale of opportunity and tradeoffs rather than definitive answers. When enacted intentionally and with pre-planning, modular construction can be a solution to help find balance between these sometime competing performance goals of construction. Off-site delivery and early planning are co-lateral concepts. Engaging the off-site fabrication industry early in the design process to help solve this equation is fundamental to successful utilization of the off-site design and construction process.

Range of off-site production in the construction sector.
Graph courtesy of R.E. Smith

Numerous projects have demonstrated that schedule savings are the most easily documented and noticeable savings that occurs as a result of modular construction. Savings from 15%–50% by virtue of modular construction is not uncommonly reported. This is due to concurrent site and factory work, as well as factory production being faster than on-site framing, removing weather delays and subcontractor sequence delays associated with on-site construction.

Clearly, material waste is reduced because fall off is recaptured in the manufacturing stream. However, the greatest environmental benefit demonstrated by off-site construction documented in a recent publication in the Journal of Industrial Ecology is attributed to the reduction in transportation energy and carbon as a result of workers commuting to a factory instead of the job site and supply yards throughout the day. (Quale et al 2012) Modular and panelized construction projects are regularly meeting LEED standards today.

There are also notable disadvantages to off-site construction that should be pointed out:

How Does the Off-Site Process Work?

The off-site industry has grown from primarily a re-locatable modular manufacturing sector to a building delivery sector. This presents difficulty for both manufacturers of panels and units and the traditional building industry that do not understand off-site, its delivery process, and how to engage effectively in that process. Because of this history as a re-locatable modular industry, these manufacturers are accustomed to delivering buildings on turn-key contracts in direct negotiation with owners. This may in fact be desirable for owners on certain kinds of projects that need a one-stop shop approach.

However, on more complex projects, the off-site industry is less experienced. Manufacturers engaging in the design and delivery process for the duration of an extended building project involving numerous project stakeholders including designers, general contractor, and many trades and contracts including design/build, design-bid-build, CM, and other forms of mainstream construction agreement, are facing relatively new territory.

An ideological and structural shift in the construction industry is occurring with the abandonment of traditional design-bid-build contracts toward design-build and integrated project delivery that rely on performance contracting and shared risk and reward. Off-site construction is a synonymous concept with integrated delivery. Research shows that projects that decide to utilize off-site after the design development phase have demonstrated a negative impact on both schedule and budget as a result of employing modular too late in the process of building delivery.

Ideally, stakeholders on off-site projects would ask the following questions across typical project phases as outlined in Prefab Architecture (Smith, 2011).

Some differences that should be considered with off-site delivery versus traditional on-site include: 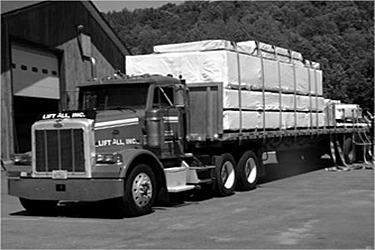 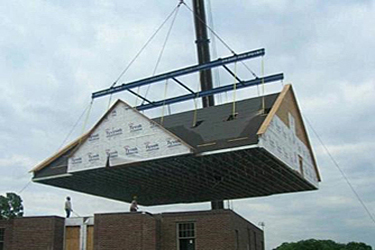 When Should Off-Site Construction be Used?

The intention here is not to say that off-site generally and any one off-site system is an appropriate solution to every building problem. Off-site has performed better on some building types, with certain building teams and in certain locations. These guidelines are not meant to be definitive but suggestive of consideration that should be taken when deciding if off-site is appropriate. 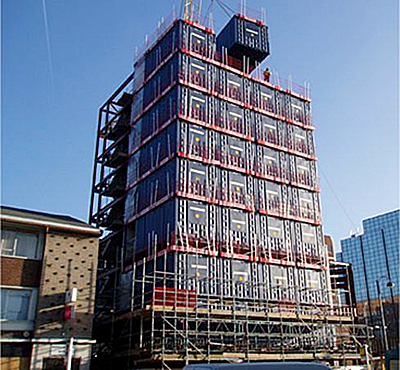 There are a few characteristics of team members that are determinants of off-site employment. These include:

There are a few project location determinants for off-site:

Off-site construction can service a variety of building and construction types such as education, housing, health care, office, government, dormitory, retail, and hospitality. Off-site is a building process of delivery as much as it is an amalgamation of building products. When understood and deployed by stakeholders intentionally, with early project planning, it is a well-suited solution to control project schedules and budgets while increasing quality and reducing environmental impact. Off-site construction is especially effective when employed to shorten building cycles, on repetitious or unique projects, and with teams that are prepared to embrace the challenges and opportunities associated with its delivery.